Fragment of the Antikythera Mechanism (believed to be an astronomical computer made ca. 87 BCE)
Image courtesy of Andrew Barclay via Flickr and Creative Commons.

Most often used as an accounting term, one can think of materiality as what imbues stuff with its “stuff-ness” or substance. The Latin roots of the word derive from materia meaning matter. In the context of digital technology, much has been written about what Matthew Kirschenbaum has called “the haptic fallacy,” the belief that we have to be able to touch something for it to be “real” (Mechanisms: New Media and the Forensic Imagination). Consequently, some of us may be inclined to deem the digital, such as the x-ray image of the Antikythera Mechanism pictured above, as less material or even immaterial because we can’t reach out and touch it in the same way that we can grasp the original object being represented.

In an age of cloud storage and data shared across multiple devices, digital tools are becoming increasingly ethereal and abstract. In response to this, Ted Dawson offers up “the hammer fallacy” as his take on the haptic fallacy. He explains, “[…] if there is something that can be smashed with a hammer resulting in the loss of your digital object, then that object is material. Of course, in our age of cloud-computing, you might have to smash quite a few different things to lose your file. The hammer principle helps us remember that this condition, in which the destruction of your hard drive does not mean the destruction of the digital objects stored there, does not make those objects less material, but rather means their materiality has been amplified, that the material accretions of our digital lives are multiplying” (“The Hammer Principle: Smashable (and Sustainable) DH”).

Our Connected Learning class, ART 120, has embodied this idea of “amplified materiality.” In the early weeks of our course, we began explicitly engaging materiality as course leader Nell Ruby taught us about the principles of design and tasked us with taking photographs of an array of textures, shapes, colors, and forms.

We tweeted our photographs of sunsets and stairwells and the shiny skins of tomatoes, transposing them into the Twitter-sphere and arguably amplifying their materiality through social media and the enhancements afforded by iPhone cameras and their filters.

In class three, we read George Siemens’ “Connectivism: A Learning Theory for the Digital Age” (2005) and discussed rhizomatic learning, a “net-enabled” pedagogical approach influenced by French philosophers Gilles Deleuze and Félix Guattari and inspired by the rhizome, a subterranean plant stem that grows and sprouts horizontally versus vertically. Deleuze and Guattari’s philosophical ideas and abstractions are rendered all the more material and cognizant through that most organic and “down-to-earth” of metaphors, the growing plant.

These horizontal nodes serve as models for networked learning. As Juha Suoranta and Tere Vadén explain in “From Social to Socialist Media: The Critical Potential of the Wikiworld,” “The division between a hierarchical tree-like democracy or organization and that of the rhizomeian democracy or organization not only has political implications in the ideas of ‘leaderless revolution’ and networked dissidence but also educational implications in how to organize curricula […]” In this model, “teaching cannot be easily seen as an authoritarian activity but more like ‘subversive activity’ (Postman & Weingartner 1971) in which teachers, along with their students, compare information from various sources, negotiate their knowledge and experiences together, and interpret the world.”

As Suoranta and Vadén make clear, the implications of this rhizomatic model extend beyond the classroom. We witnessed this in our Women’s March studio project, which created a multi-perspectival research approach by chronicling different facets of the 2017 Women’s March on Washington. From protest signs to viral March photographs to critiques from marchers and non-marchers alike, our posts became a networked archive of the March and its “amplified materiality.” 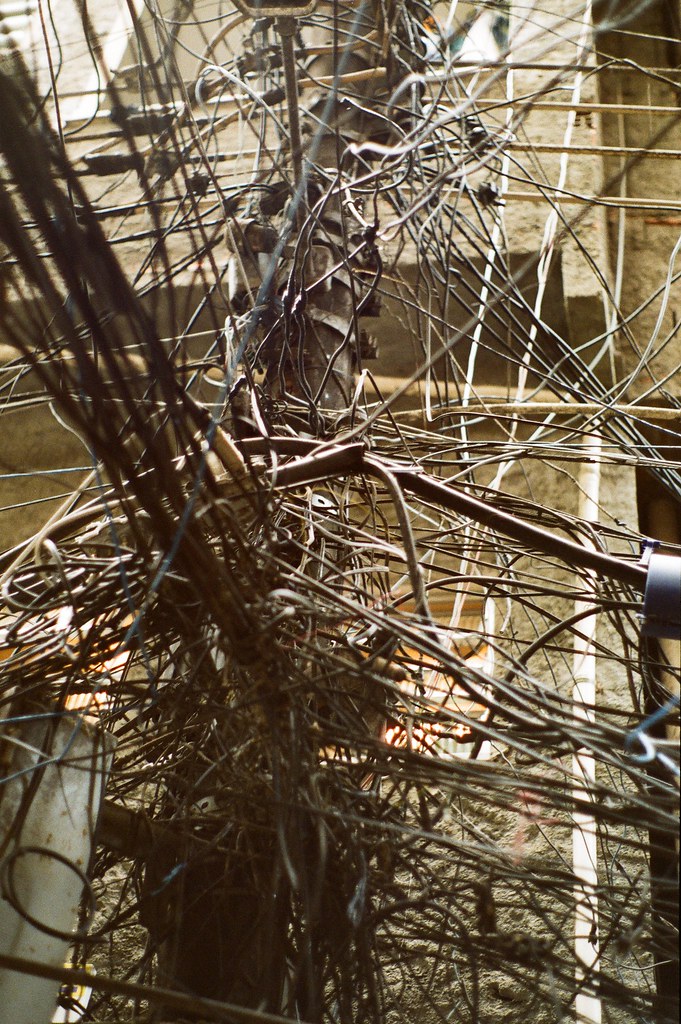 In the digital age, mattering, in both senses of the word–being physically substantive and being relevant–has shifted how we think about who and what matters. The haptic fallacy, that we have to be able to touch something or, in the case of the hammer fallacy, to break something for it to hold value to us, no longer applies. As this course has demonstrated, the seemingly immaterial–connected learning, social media activism, online communities, hashtags and re-Tweets–is often what matters most.